In this week’s edition of our weekly newsletter, Scott writes from a clergy conference in the Diocese of Western Missouri. Building on the themes from Discipleship Matters, he reflects on how the hard work of discipleship is the foundation of our faith.

Dear friends in Christ,
The last few days I have been with clergy from the Diocese of West Missouri, talking with them about being and making disciples. We concluded our time together with Holy Eucharist, and I preached on the readings from the lesser feast of Alfred the Great, which we celebrate today. It was just about perfect for the wrap-up of a clergy conference focused on discipleship.
The sixth chapter of the Gospel of St. Luke says,
That one is like a man building a house, who dug deeply and laid the foundation on rock; when a flood arose, the river burst against that house but could not shake it, because it had been well built. But the one who hears and does not act is like a man who built a house on the ground without a foundation. When the river burst against it, immediately it fell, and great was the ruin of that house. 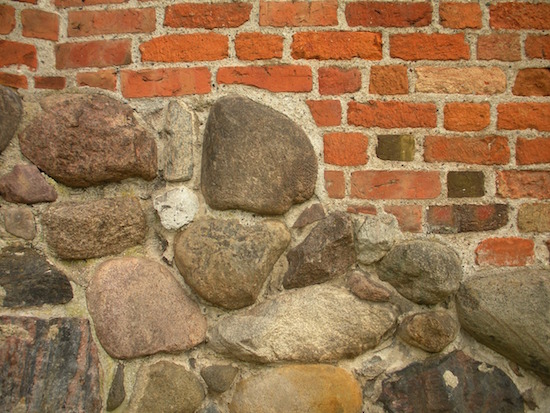 And this is perfectly summarized by St. Bede, who wrote, “Just as in building a house nothing is to be preferred to the rock on which the foundation is laid, so holy church has its rock, namely, Christ, concealed in the depths of its heart… The explanation is obvious: the church is often struck by distressful situations but is not overthrown.”
So often, we in church imagine that we need a clever new program or a trendy new thing to become healthy and vital. But, in fact, Jesus Christ is the cornerstone of our faith and he is the foundation of our church. Focusing on discipleship–a deep commitment to following Jesus Christ–is not complicated, though it is sometimes hard work.
Lasting vitality and health for our churches will come when we are steeped in the scriptures, nourished by the sacraments, enriched by prayer, enlivened by sharing the Good News, and blessed by serving others in Christ’s name. Hard work, to be sure, but it’s also something every congregation no matter how small or how big can take on.
Are you ready to dive into the joyful and challenging work of following Jesus? Let us go forth in the name of Christ!
Yours faithfully,
Scott Gunn
Executive Director