In this week’s edition of our weekly newsletter, Scott Gunn reflects on the Olympics, and a lesson we can learn from two competitors who took time to help, in the middle of a race.

If you’ve been following the Olympics like I have, you almost certainly know about the story of Nikki Hamblin (New Zealand) and Abbey D’Agostino (USA), who collided during the women’s 5,000 meter race. They both ended up on the track, and in the next few seconds, each helped the other to get up and finish the race. There are lots of ways to find inspiration in this story. For me, it was a bit of an indictment. 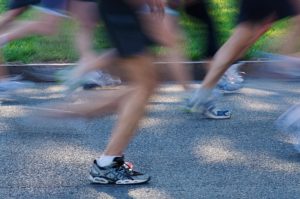 I see human need around me all the time. Sometimes it’s as simple as a person on the street asking for lunch. Sometimes it’s a person who is obviously struggling, perhaps in tears. Sometimes it’s a Facebook friend who posts about their anguish over some issue they’re facing. And more often than I care to admit, I briefly consider responding and then decide I have other pressing things to do. Someone else will help, I tell myself.

Hamblin and D’Agostino have it right though. Under the glare of the spotlight, on global television, in the midst of an Olympic race, each stopped to help the other.
They of all people had every reason to press on with the task at hand. After working for years to get to the Olympics, what could be more important than finishing the race with the best possible time?
It makes my excuses seem pretty silly. “I have somewhere to be” is ridiculous compared with “I need to cross the Olympic finish line.” The difference between the response of D’Agostino and Hamblin and my own frequent neglect is so extreme that it almost sounds like a parable. You can almost hear Jesus saying, “Consider two runners who fall…”
What about you? Do you ever, like me, find excuses to avoid doing what is clearly the compassionate–and Christian–thing?
Dear Lord, give us all the grace and the strength to respond to the needs of the world when we are given the moment to act. Dear Lord, help us to serve the world in your name.