In this week’s edition of our weekly newsletter from Scott Gunn and the Forward Movement team, Scott considers the often vicious social media response to Justice Scalia’s death, and asks us to join him in practicing Christian compassion online. 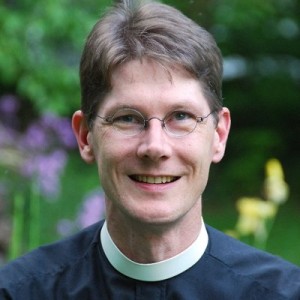 Many readers of this email live in the USA. But wherever you live, you probably have some experience with what we Americans have had a bit too much of lately. Too many of our nation’s leaders are intent on building themselves up at the expense of others. Too often our leaders prefer to attack rather than unite. Rather than engage on critical issues in a substantive way, our media seem to prefer one-sided, overly simplistic views of complex problems.

A few days ago, Supreme Court Antonin Scalia died. Various people will have differing reactions to his death and to the legal views he espoused while living. That’s to be expected. However, I was not prepared–spiritually or emotionally–for the way in which many of my online friends and even media commentators disregarded his humanity within minutes of his death. One person called him “rubbish” that we should be glad to be rid of. In response, I wrote a post on my personal blog, in which I reminded us that for Christians every human being is precious, having been made in God’s image. We are called to love others, even and especially when we disagree with them. The post went viral, at least by the standards of my blog. Thousands of people seemed grateful for a challenging word of love and hope.

I wonder if there are lessons. Next time I see angry, hateful, fear mongering rhetoric, I will be more likely to offer a word of hope, a call for compassion. Maybe we Christians can, and must, do a better job of practicing our faith online. Sometimes I’m the one who needs the reminder that Jesus calls me to practice a love that is not always easy. Maybe Facebook and Twitter could actually build up the Body of Christ and bring a word of God’s gracious love. Will you join me in trying this deeper, harder way of being a Christian online?