Each month, Abiding with God Day by Day features a new theme, with daily meditations from a range of Episcopal authors. March’s is “A Great Cloud of Witnesses,” and includes reflections on the many saints we greet in our daily lives.

Here is the reflection for March 10, by Westina Matthews. 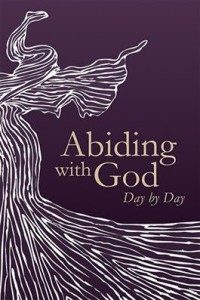 Pedro Claver (1580-1654) was a Spanish-born monk who was called the “Apostle of the Blacks” or the “Slave of the Slaves.” He spent all his life in Colombia ministering to the slaves brought from Africa, and in 1888, he was the first person to be canonized in the New World. One evening, I found myself having dinner across from a church that has a bronze sculpture named Saint Peter and the Slave, composed of two standing figures, created by the sculptor Enrique Grau. I could hear the tolling of the church bells—its own call to prayer.

As Cartagena is one of the two oldest Colombian cities, I am certain that over the centuries many prayers were offered up within these walls—on bended knee and with bowed head (or perhaps with head up to the heavens in desperate cry) by the buccaneers, heretics, slaves, and foreign immigrants. That evening, I joined my prayers with the communion of saints, and with those on their way to God.

Click here to learn more about Abiding with God Day by Day, available in paperback or for e-reader.