Sometimes you can judge a book by its cover. 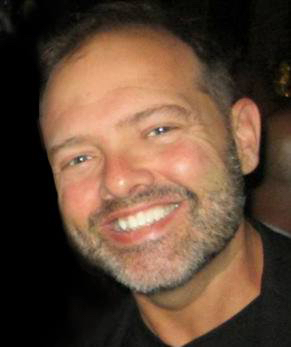 At least that was the passionate belief of Michael Phillips, the creative lead, graphic designer, and cover artist for Forward Movement.

Michael died suddenly on September 24. He was 46 and leaves his wife, Michelle, and their two children, Hannah, 14, and Noah, 12.

When our editorial and marketing teams gathered, Michael was often the spark, throwing out wild and incredible ideas and keeping us laughing. His creative process was an enigma: When we began a project, he would lead us in brainstorming, asking questions like: What kind of car is the book? What is on this project’s mixtape? What superhero or historical character is the book? (Michael loved superheroes).

Somehow he mixed all of our brainstorming into a creative stew and then served up design concepts that reflected and expanded our vision, art that amplified the text and elevated the content. Sometimes you could even see a hint of superhero or VW Bug.

His work for Forward Movement won many accolades, from awards bestowed by Episcopal Communicators to comments from authors and readers. Michael had tremendous talent, and his gifts will be deeply missed.

But Michael’s contributions to Forward Movement were far more than the work he produced. For most of his life, Michael was searching. He explored different faith traditions, spending time with Judaism, Buddhism, and Christianity. Four years ago, he found the Episcopal Church, a place that became home for his wandering soul. Professionally, he spent much of his career doing corporate design work. But he often talked about how it was only in his two years of work at Forward Movement that he had found his vocation. For the first time, his gifts as a designer matched his profound desire to help; his work became his ministry.

While he took this calling seriously, he embraced life with verve. His office space was full of toys: Lego renderings of Dr. Who, a light saber from Star Wars (with real light and sound), Nerf guns that he used to fire upon colleagues when they were sad/stressed/focused/annoyed/sitting at a desk/walking down a hall. Michael was loud. Really loud. And he was quirky. We have laughed many times this week through our tears about his idiosyncrasies. On his last day at the office, he wore Italian leather loafers without socks. He loved them and how they looked, but they gave him terrible blisters. No matter. In an office of sensible shoes, he was willing to suffer for fashion. A coworker also gave him a ride to his car so he didn’t have to walk several blocks. He could (and would) regale with movie quotes, song lyrics, and theories about what Luke Skywalker was doing between Return of the Jedi and The Force Awakens. 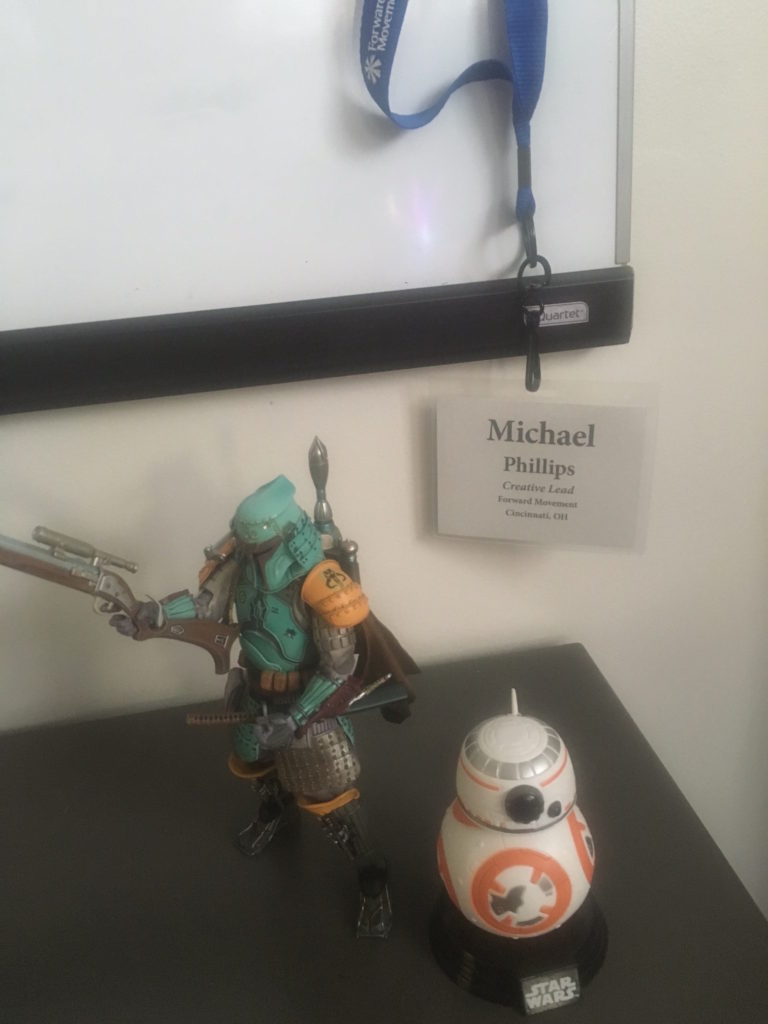 He loved being a part of the Forward Movement team, and he organized happy hour just two weeks ago. He had plans for a costume party.

Grief is a demanding master, and we are succumbing in different and staggering ways. Stepping off the elevator and expecting to see him grinding and brewing his coffee (the regular house blend wouldn’t do). Walking down the halls adorned by book covers, each works of art. The empty chair during our morning prayer time. A draft for a new project on his desk.

Yet while we are torn by grief, we are not broken. Michael’s search and discovery of the risen Christ is ours. We find comfort in our living, loving God who promises to be with us when we mourn and to help us rediscover joy. In memory, we recall Michael’s many gifts. With a commitment to embracing life with zeal and zest, day by day, we honor him.

Forward Movement will close its offices on Friday, September 30, so all of our staff can attend the celebration of Michael’s life at Church of the Redeemer in Cincinnati. For those who wish, his family has offered two places for memorials: the Phillips Children Education Fund at US Bank, or Forward Movement, 412 Sycamore Street, Cincinnati, OH 45202.